How to Account for Bias in Qualitative Conclusions of Data-Driven Analytics? 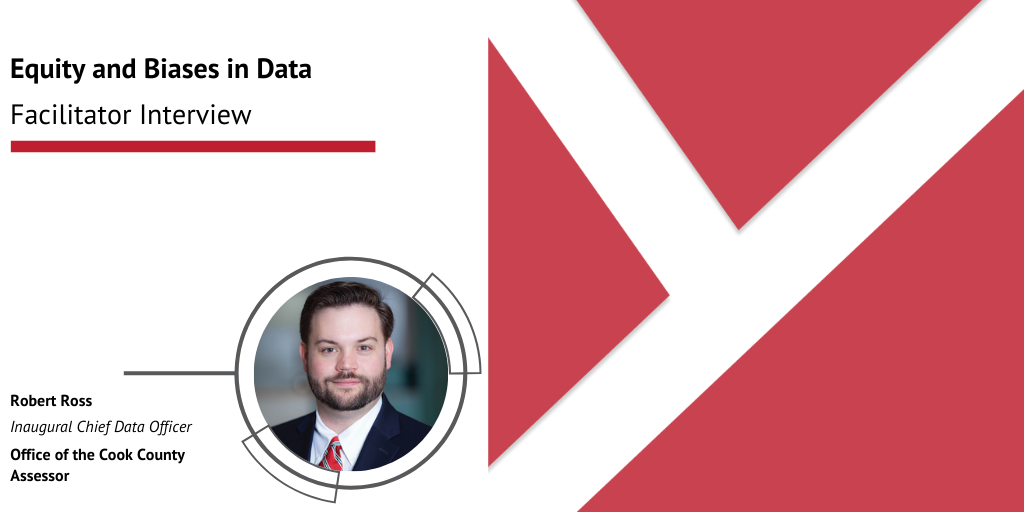 Robert Ross is one of the many high-caliber IT Executives who will be facilitating a group discussion at NCS Madison’s 2020 Chicago Chief Data Officer Strategy Meeting on January 14, 2020.

Robert Ross is the Inaugural Chief Data Officer of the Cook County Assessor’s Office, where he has served as a Deputy Assessor to Fritz Kaegi since last year. Previously, he worked with the Chicago Tribune to expose inequality in property tax assessments in the Tax Divide series. He holds two Masters’ Degrees in Economics and Public Policy, and previously worked for Chicago Public Schools, Cook County, The University of Chicago, and the Taxpayers’ Federation of Illinois. Robert is a licensed foster parent with the State of Illinois and is passionate about leveraging data analytics to improve government in Cook County.

Robert will be leading the  Equity and Biases in Data group discussion. Here is a preview of what he share with us in a recent interview for his upcoming session.

What is data bias and why is it important to understand how data biases influence data-driven analytics?

Data bias occurs when data systematically leads to incorrect conclusions about your subject of interest. Nearly all data is biased, and most data have numerous biases that can have opposite effects. Data-driven analytics support decision making, and it is critical to identify data bias in order to account for it in qualitative conclusions. Failing to account for bias in data-driven analytics leads to costly mistakes and poor decision making.

What do you feel are the potential risks of biases in an organizations data?

Nearly all data is biased in multiple ways. The two largest sources of bias come from your sample population and the observable facts upon which your data is based. The two critical questions you should ask are “how is the population I have data for different from the population I want to make inferences about?” and “how are the observable facts upon which I am gathering data different from the unobservable facts I want to make inferences about?” Answering these two questions will help identify most of the sources of your data bias.

What systems and practices have you used in the past to decrease bias data within your organization?

We explicitly test for the primary sources of bias in our data. Certain practices are fairly common in property tax assessment that lead performance statistics to be biased in a favorable direction. We have built a number of tests that explicitly identify and correct these sources of bias.

How do you make sure biases are not leading to incorrect analysis and outcomes?

What changes do you suggest an organization that is transitioning to a more data-driven culture make to decrease the likelihood of bias data?

Conduct a thorough audit of your critical data streams in a manner similar to the way high-end restaurants audit their food sources. Physically go to the places where your data originates and observe how it is generated. Then trace its path from the point of origin to your end-users. Document this process carefully. You will identify points where your data is manipulated, truncated, and otherwise changed in a way that may introduce bias. By observing the origination point, you will see how bias may be introduced by analysts who misinterpret the data they are interacting with.

What is one thing you would like the attendees of your discussion group to leave knowing?

How to account for bias in qualitative conclusions of data-driven analytics.

Why have you decided to join us at the 2020 Chicago CDO Strategy Meeting?

To learn more about how to leverage data to create value, and to network.

Register for one of our upcoming  2020 Strategy Meetings now to participate in thought-provoking discussion groups such as this one.