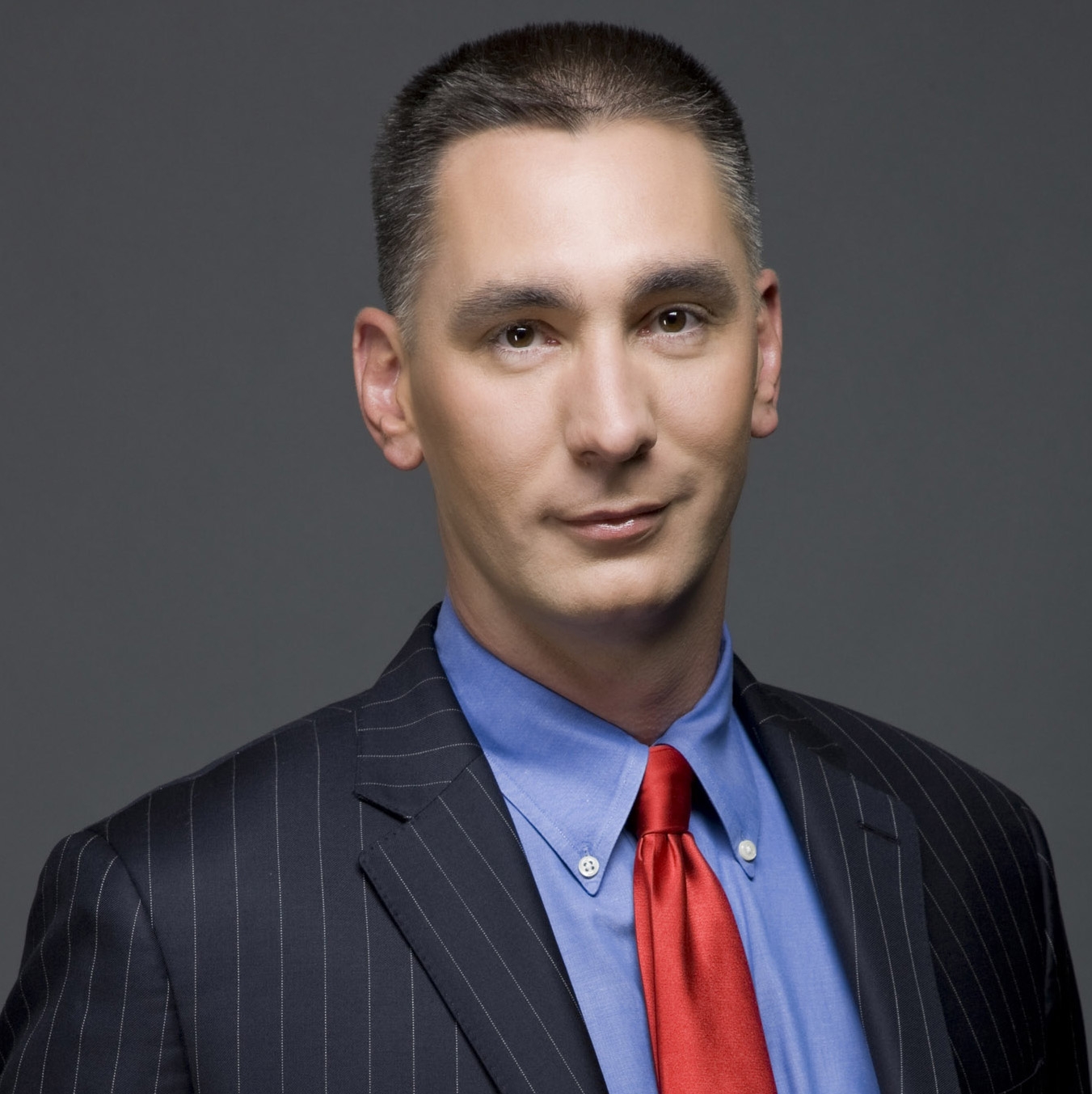 Greg Fittinghoff is acting Chief Information Officer for the Fashion Institute of Technology. 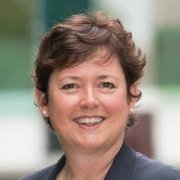 Mary currently serves on the Advisory board for the Easton Technology Management Center at the UCLA Anderson School of Management, which is preparing the next generation to drive change in technology.

Mary was the Global Pharma CIO for Novartis Pharmaceuticals based in Basel, Switzerland, where she drove several important digital health initiatives.

As a former Chief Information Officer in multiple global environments and industries, including Pharmaceuticals, Hospitality, Agribusiness, Oil & Gas and Chemicals, Mary is well positioned to support companies who are interested in understanding the impact of technology on their business, operating in global environments, facing diversity challenges and/or who are undergoing significant changes, mergers, acquisitions or other disruptions to their business model.

Mary has a Bachelor’s degree in Human Biology from Stanford University and an MBA from the Anderson Graduate School of Management at UCLA. 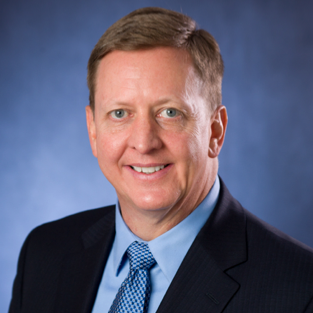 In this role, Holcombe leads the CapRock Government Solutions line of business to deliver operational excellence and growth. Previously, Holcombe served as Harris CapRock Communications’ vice president of Information Technology for Global Systems and Process, and earlier, as Harris IT Services’ director of Civil Programs and Commercial Accounts, as well as client executive to the State Department.

Prior to joining Harris, Holcombe served as vice president of Information Systems for the Universal Service Administrative Company; as chief technology officer, senior vice president of Operations, and corporate secretary for Globix; as chief information officer of Cambrian Communications; and as an architect and senior principal consultant to companies in telecommunications, entertainment, and insurance.

Holcombe began his career as an officer in the U.S. Army, where he served as company commander in the 1116th Signal Battalion and was awarded both the Douglas MacArthur Leadership Award and Most Outstanding Officer of the Year. Holcombe graduated from the U.S. Military Academy at West Point with a bachelor of science degree, finishing first in his class in Computer Science. He earned a master of business administration degree in Information Systems from Chaminade University in Honolulu, and a master of science degree in Computer Science from George Washington University. 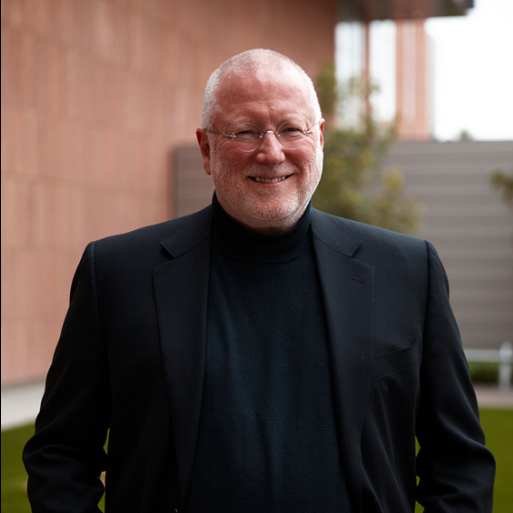 Thomas Cowan is Director of the Center for Technology Management at Columbia University. This follows a career building software companies and working for IBM.

Tom rose through the leadership ranks to become CEO, Board Director, and Chairman for ten companies and boards of directors, including public, private, non-profit, and academic organizations.

He has served on the boards of OutlookSoft; Wake Forest University; Tagetik, Inc.; PGA.com; NHL.com; the Entertainment Industry Digital Rights Task Group; and Tivoli Systems. He has chaired Audit, Compensation, Governance, and Nominating Committees. Tom has also been Executive in Residence at RockRidge Capital Partners.

Tom is currently Director of the Center for Technology Management at Columbia University. He also serves as board director and strategic advisor to technology companies and investment firms, and is expanding his public company board service.

He is the author of From Idea to Business, Business Basics, and Leadership Basics. Tom’s academic background includes undergraduate work at Wake Forest University, an MBA at the University of South Carolina, and doctoral studies at Columbia University. 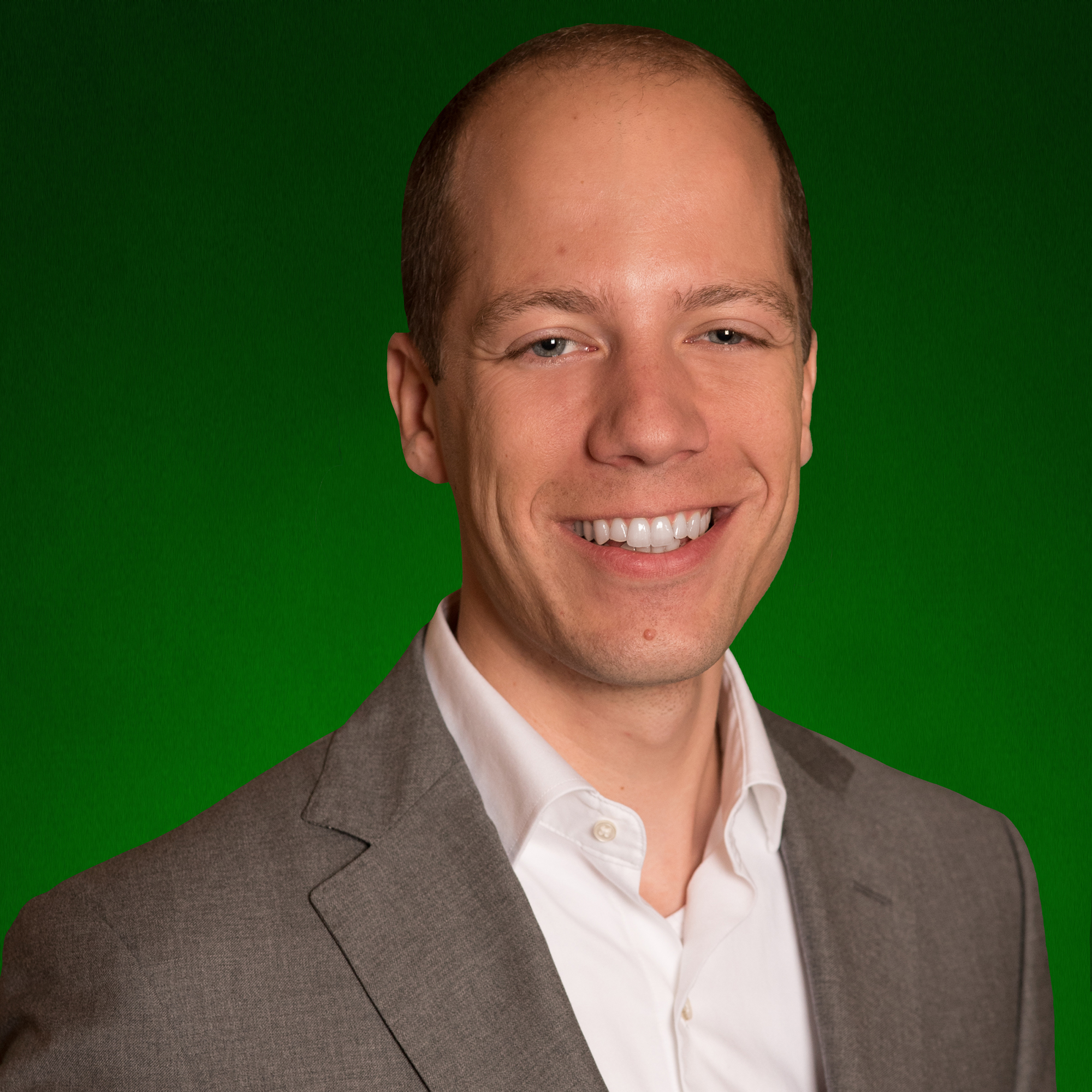 Kelvin Divendal
Director of Sales and Marketing IT
Heineken USA

Kelvin Divendal is an IT professional with a passion for innovation. He is IT Director Sales & Marketing for HEINEKEN USA, the nation’s leading upscale beer importer and subsidiary of HEINEKEN NV, the world’s most international brewer. In this role, Kelvin manages IT demand, drives innovation and leads project delivery.

Prior to joining HEINEKEN USA, he has worked for HEINEKEN in the Netherlands, Rwanda and Italy, most recently as Strategic Analyst IT Europe overseeing 25 operating companies. Kelvin has a strong technical background, starting his career as freelance web application developer working for over thirty companies.

Kelvin has a Master’s degree in Business Information Technology from University of Twente, the Netherlands. 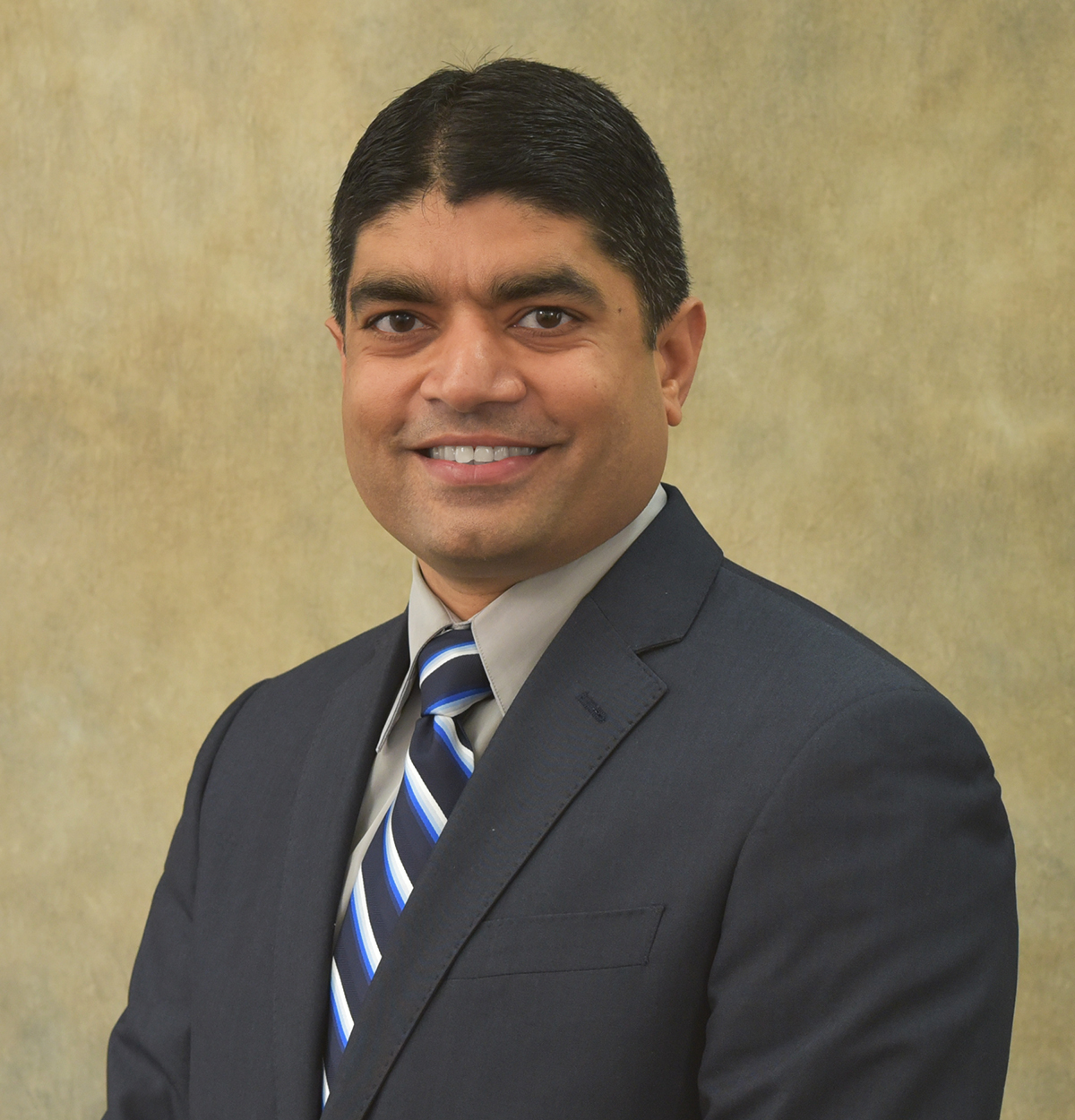 Mahesh Nattanmai is Executive Deputy Chief Information Officer for the NYS Office of Information Technology Services (ITS). In this role, he is responsible for the delivery and operation of IT services for state agencies and local governments. He provides expert advice in all areas related to strategic planning and agency policy development and oversees a workforce of more than 3,000 employees deployed across the state. Mr. Nattanmai represents the state’s Office of the Chief Information Officer and helps execute the activities supporting one of largest and most complex statewide IT transformations ever undertaken. 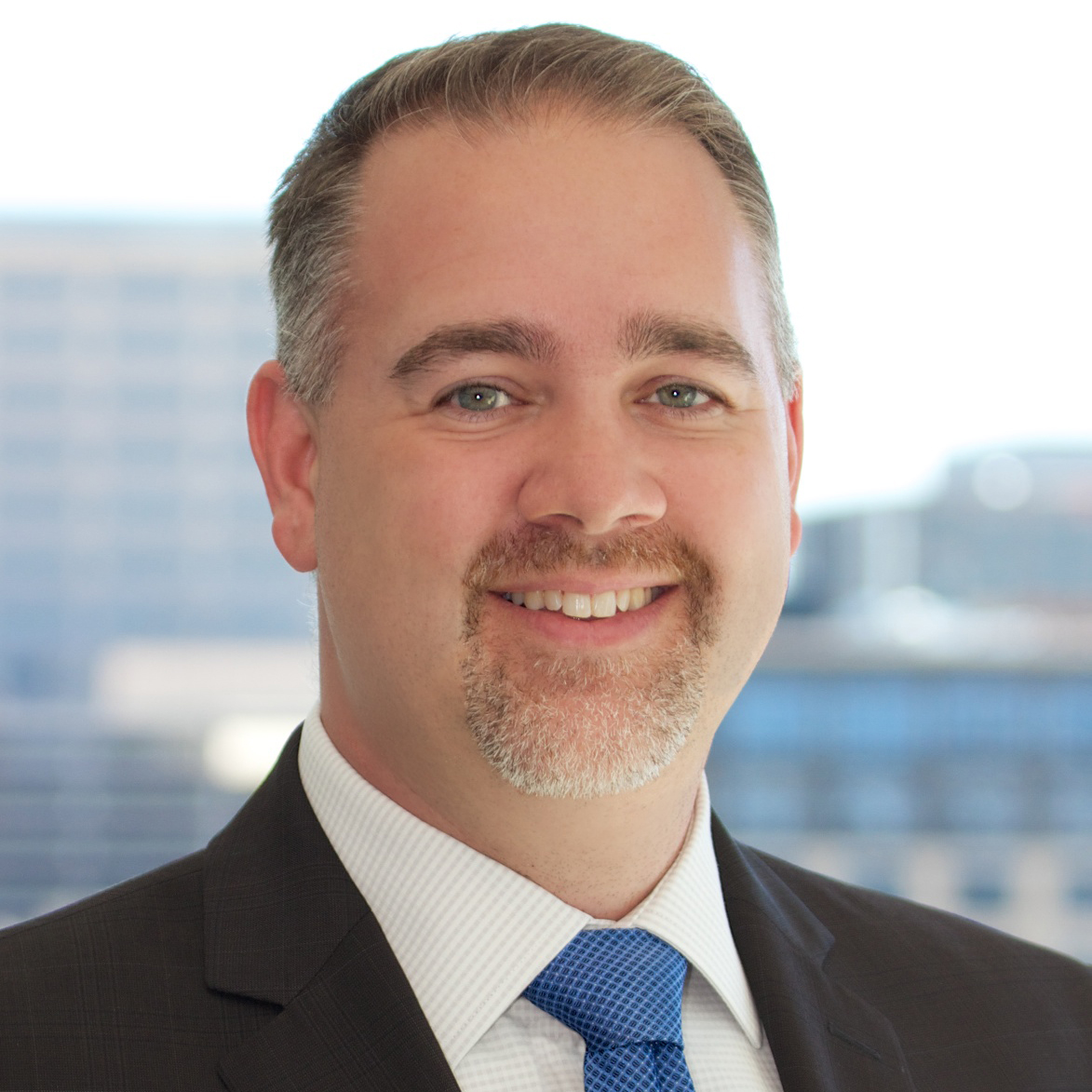 As a General Manager of product at Mitel, he and his team co-ideate with lighthouse customers to better  enable today’s connected enterprises with solutions that solve real world problems.  For more than a decade, Joshua has worked at Mitel in sales, marketing and sales engineering and product leadership roles. 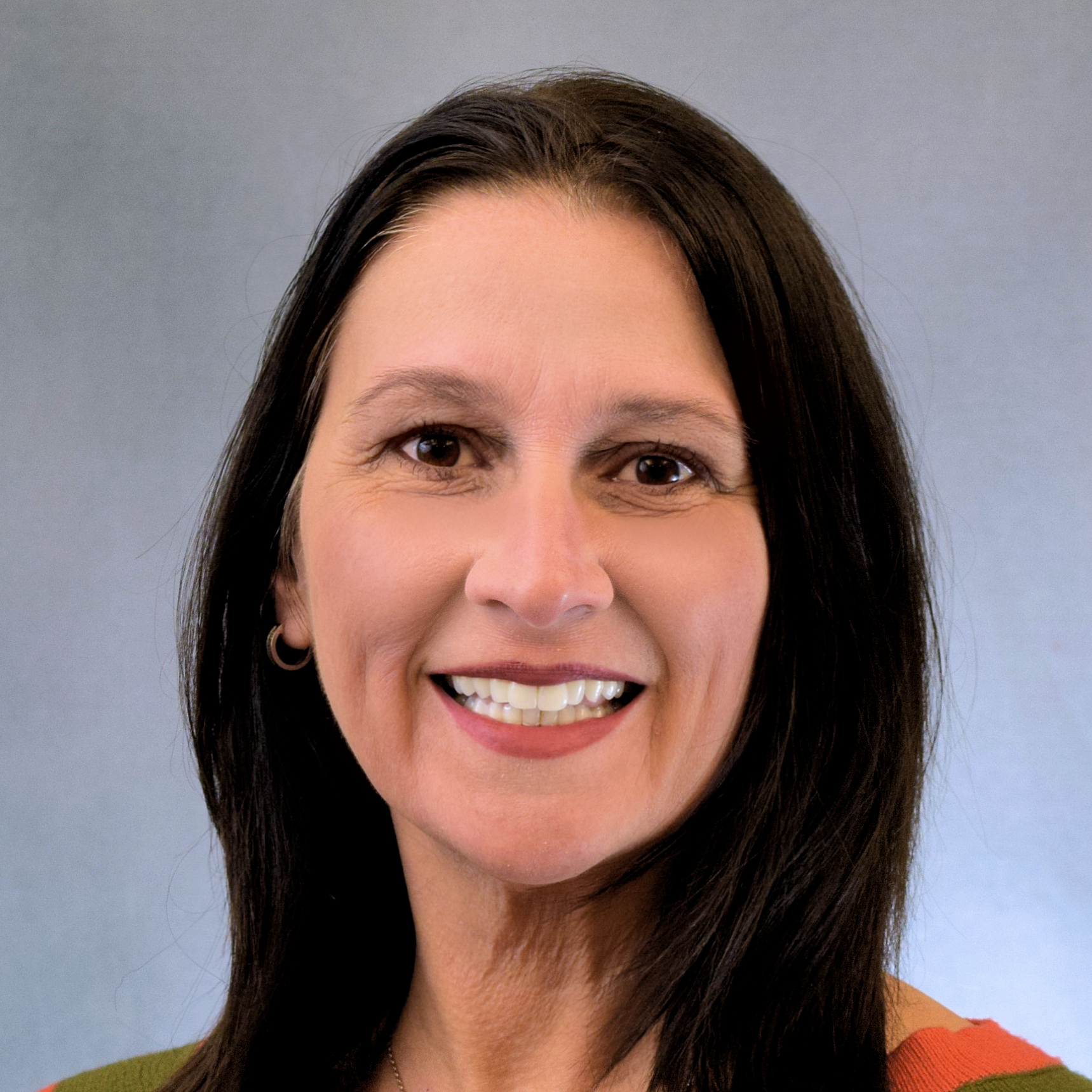 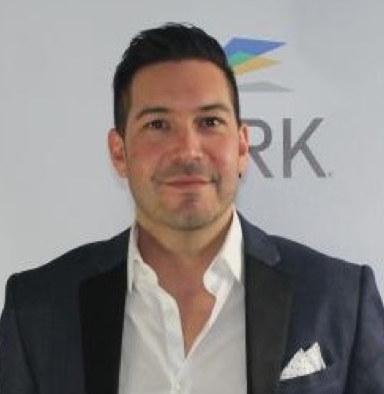 Randy Paez holds the positions of Chief Innovation Officer, Chief Information Officer, and President of the Software-as-a-Service business line. The joint responsibilities uniquely positions him to set the strategy for the technology products and business at York with input from the York Enterprise, York Customers and the marketplace at large.

Randy’s background began writing Medical Bill Review and Claims Management software. He left the insurance industry to run an education startup tutoring kids under the No Child Left Behind legislation. He then moved into the consumer web world, leading the engineering and product teams at WebMD.com prior to coming to York. This mix of industries and experience gives Randy an outlook that allows him to disrupt the spaces he enters.

At York, where Randy has resided for 6-years, he has led Engineering/Development, Business Intelligence, Product Innovation, and most recently taken the Chief and President roles, sitting on the Executive Leadership Team.

In his off time, you’ll find him CrossFitting, playing basketball, or generally any outdoor activity. Randy resides in NJ, just outside of New York City. 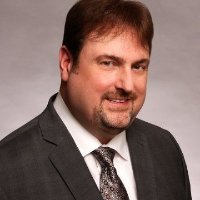 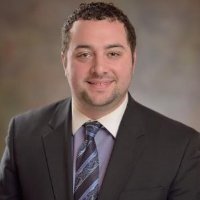 Nick Diieso is a Vice President with Deutsche Bank’s global risk management group responsible for 2nd line oversight of risk and control assessment and the ongoing implementation and governance of the 3 Lines of Defense model in the Americas.  Previously, Nick was a Vice President and Risk Director with Santander Bank where he was responsible for all data, analytics, governance, and project management related to Risk and Compliance within Santander’s US Commercial book of business (~$40bn).  Nick began his career at GE Capital and has served in various financial, strategic, and risk (1st and 2nd Line) capacities and has experience building out advanced analytics, governance, and transverse projects around complex, large-scale business strategy and risk initiatives.  Nick graduated with a degree in Finance and Accounting from the John F. Welch College of Business at Sacred Heart University, where he was an honors scholar, and is completing an advanced risk certification with Stanford University.

Armon Rahgozar is director of Conduent Labs – U.S. He directs a wide range of research activities related to image and video analytics, computational analytics and business process automation and optimization. Armon spent the last several years in a variety of positions at both Xerox and PARC, a Xerox company. His experience includes management in Xerox’s Global Document Outsourcing and Technology Office, and also number of years in research and management in the Xerox Innovation Group. He led and participated in a number of value-creating innovations for Xerox products and offerings: Form/Table Recognition [Nuance], Workflow Scanning [Xerox Office Products], Configurable User Interface [Xerox Office Products], and Mobile/Cloud Printing [MPS NextGen Solutions]. Prior to joining PARC, he focused on Portfolio & Business Process Simplification, achieving multi-million dollar productivity in the Ready Range program since inception. Dr. Rahgozar has his Ph.D. in Computer Vision from Purdue, and an MBA from the Simon School of Business at the University of Rochester. 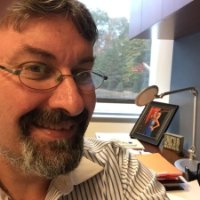 Danny Hudson has global experience in technology innovation for the Hotel & Travel Industry.

Danny has worked across the globe and lived in Australia, Japan and the US and currently resides in New Jersey. 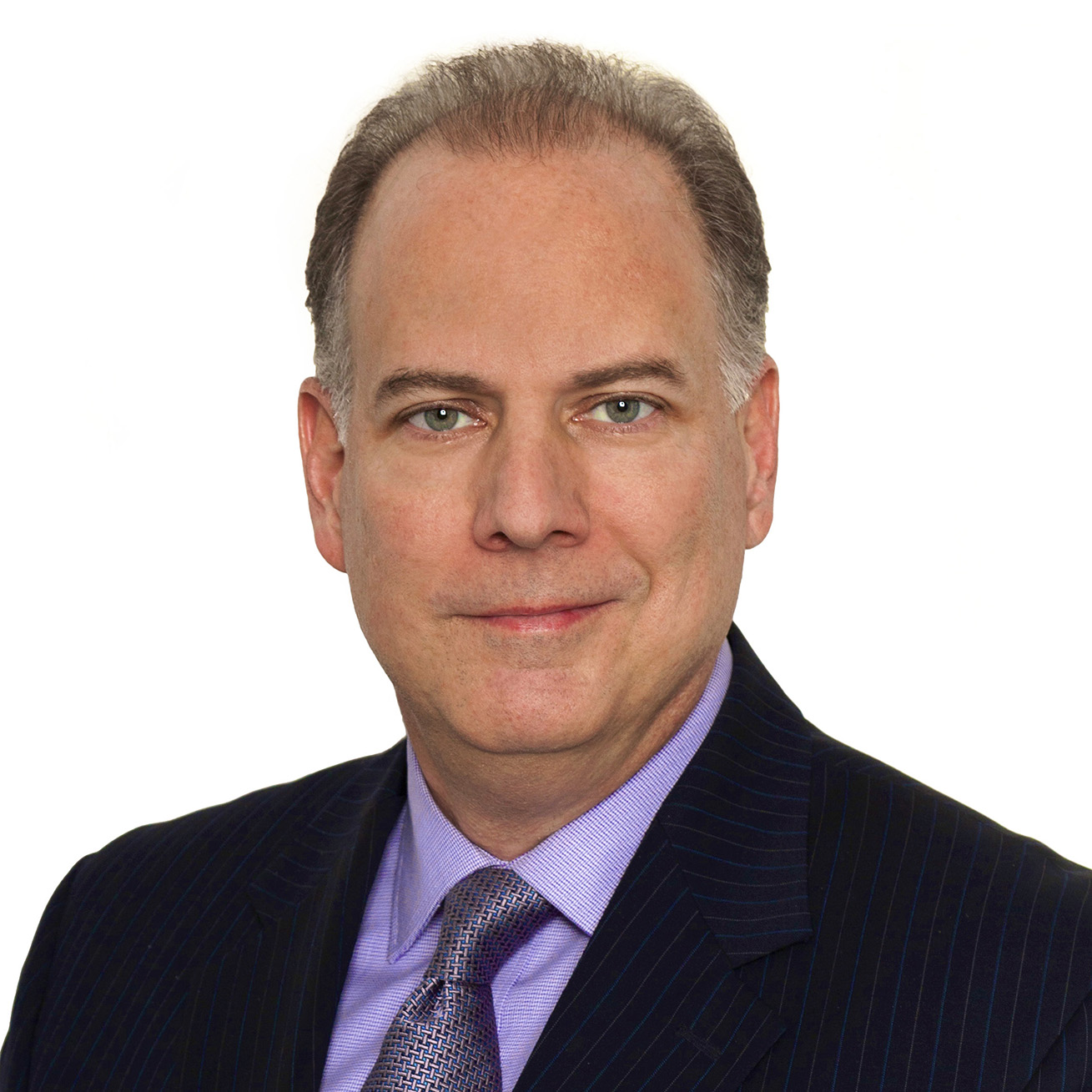 Richard Entrup is the Global Chief Information Officer at Christie’s with responsibility for the global strategic vision and leadership of Christie’s Information Technology and Digital transformation initiatives.

Richard is also a passionate advocate of continuing education, mentoring, and paying it forward, Richard is an active mentor to students enrolled in the Executive Master of Science in Technology Management Program at Columbia University and a Taproot Foundation Pro Bono Advisor to non-profits via the Disney VoluntEARS program. 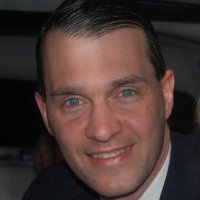 Richard has been in the world of IT Governance, Risk & Control over 20 years. His career has evolved along with the field, from working as an IT Auditor at the Federal Reserve Bank of Boston, to implementing enterprise security solutions at Fidelity Investments, to managing IT Risk at Goldman Sachs, the CIT Group, DTCC and other financial institutions. He is certified as a Certified Information Systems Auditor (CISA) and Certified Risk and Information Systems Control (CRISC) from the Information Systems Audit and Control Association (ISACA). He is also the moderator of a working group trying to quantify the economic impact of technology events and the value of controls to mitigate those events. 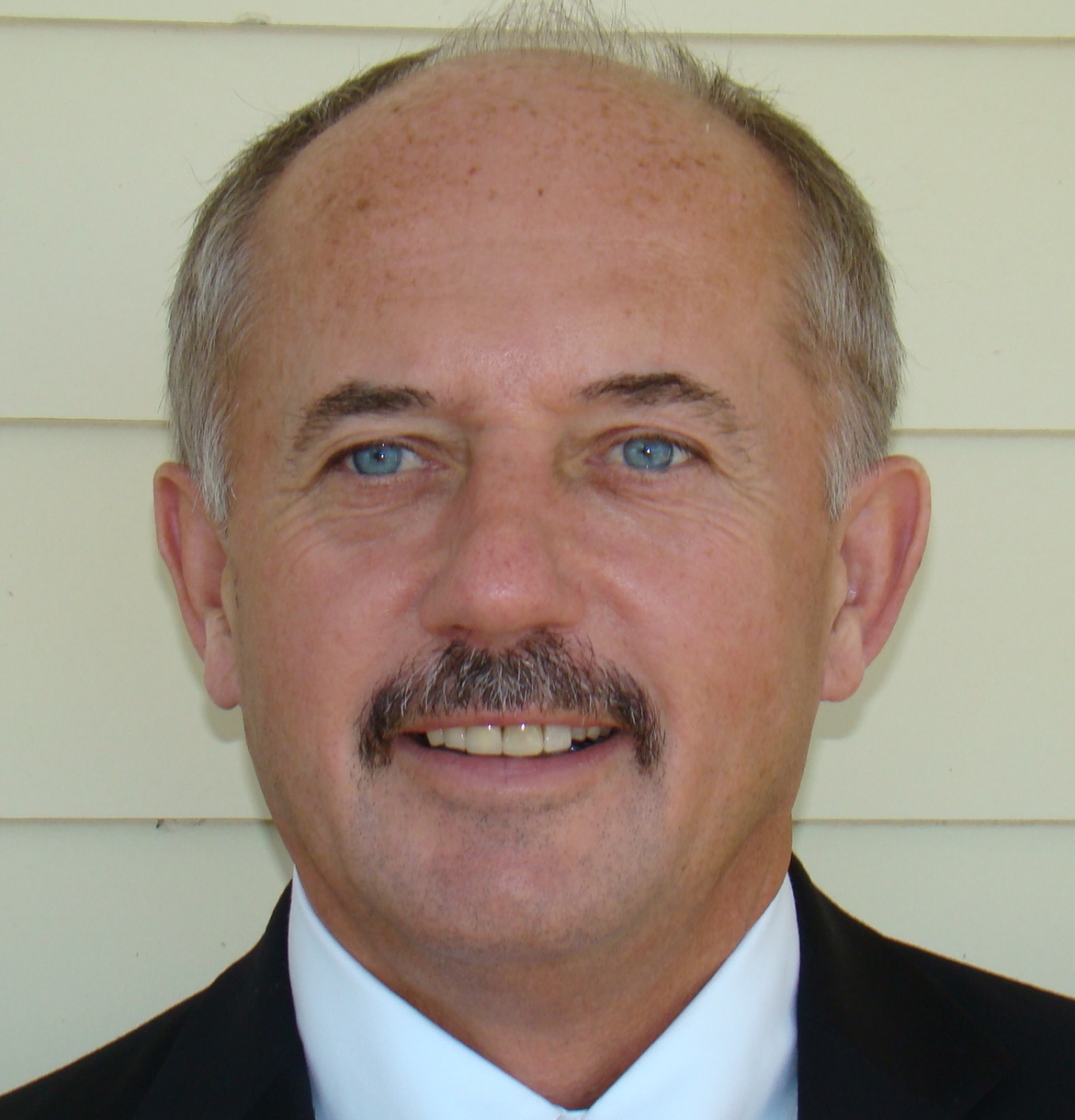 David Kennington has had a distinguished career as an IT Strategist in several Fortune 500 companies including Prudential Financial and JP Morgan. Most recently David led the implementation of an Enterprise Architecture Review Board at Prudential to bring together systems initiatives across the Insurance, Annuities, Retirement and Investment Management business divisions.

As a first major deliverable, David worked with the Board and Marketing heads to define a Digital architecture essential for a consistent customer experience across traditional and evolving delivery channels.

Prior to this David worked on initiatives at Prudential and JP Morgan that involved significant change in the way the business used and was served by IT. David now leverages his past experience to add value to his role as mentor to students in the Masters in Technology Management at Columbia University. 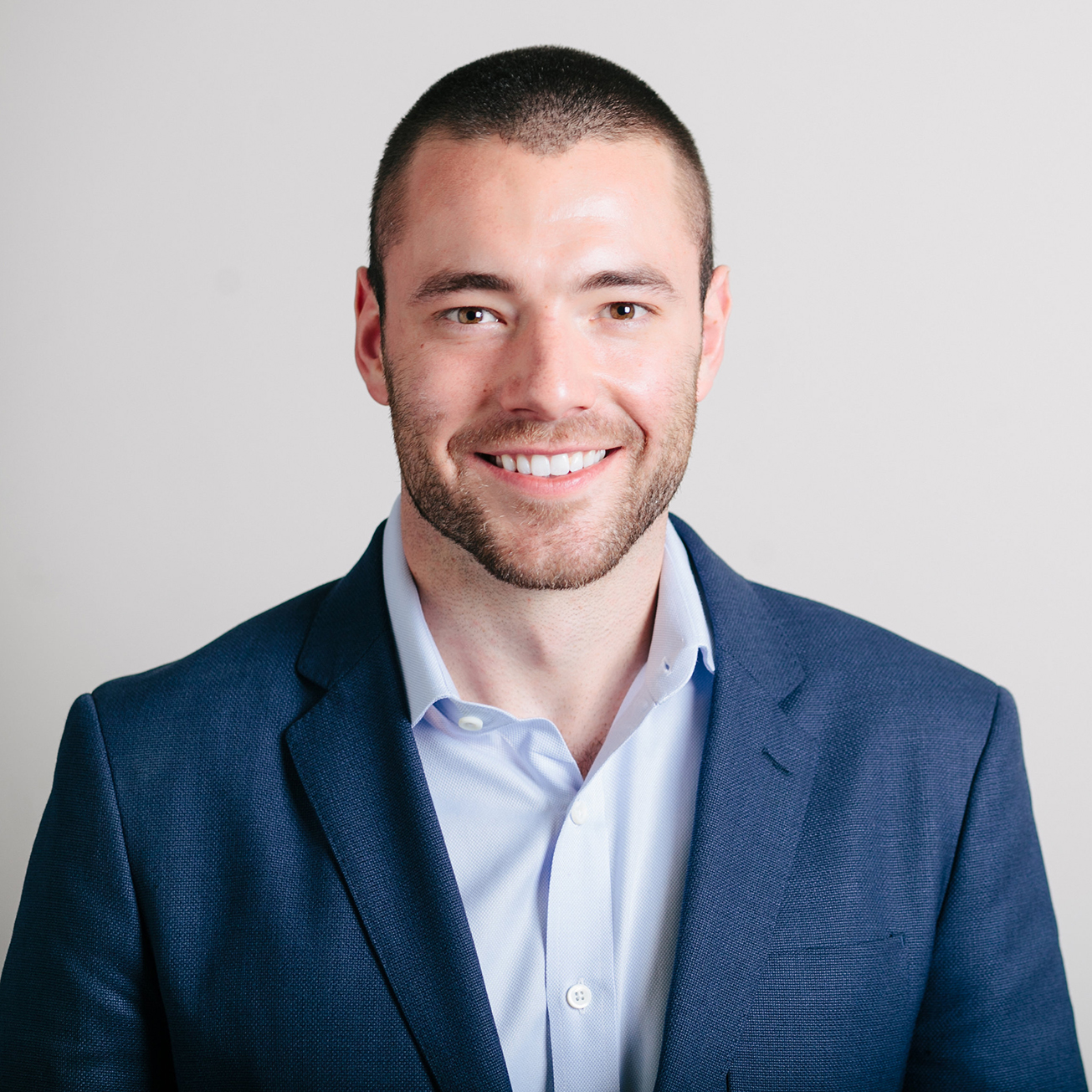 Ken is an enterprise software investor at OpenView Venture Partners in Boston. He invests in expansion-stage software companies, typically at the Series A and B stages.

Prior to joining OpenView, Ken helped build early- and expansion-stage tech companies across the US and in Europe, working with companies such as Tagetik, OutlookSoft, Vcommerce, OpenBox Technologies, RMS and modomodo. Ken was also CEO of The Stables, a services company in Scottsdale, AZ, and a Consultant at FTI Consulting in New York City. He holds a BA in Economics and Spanish from Boston College. 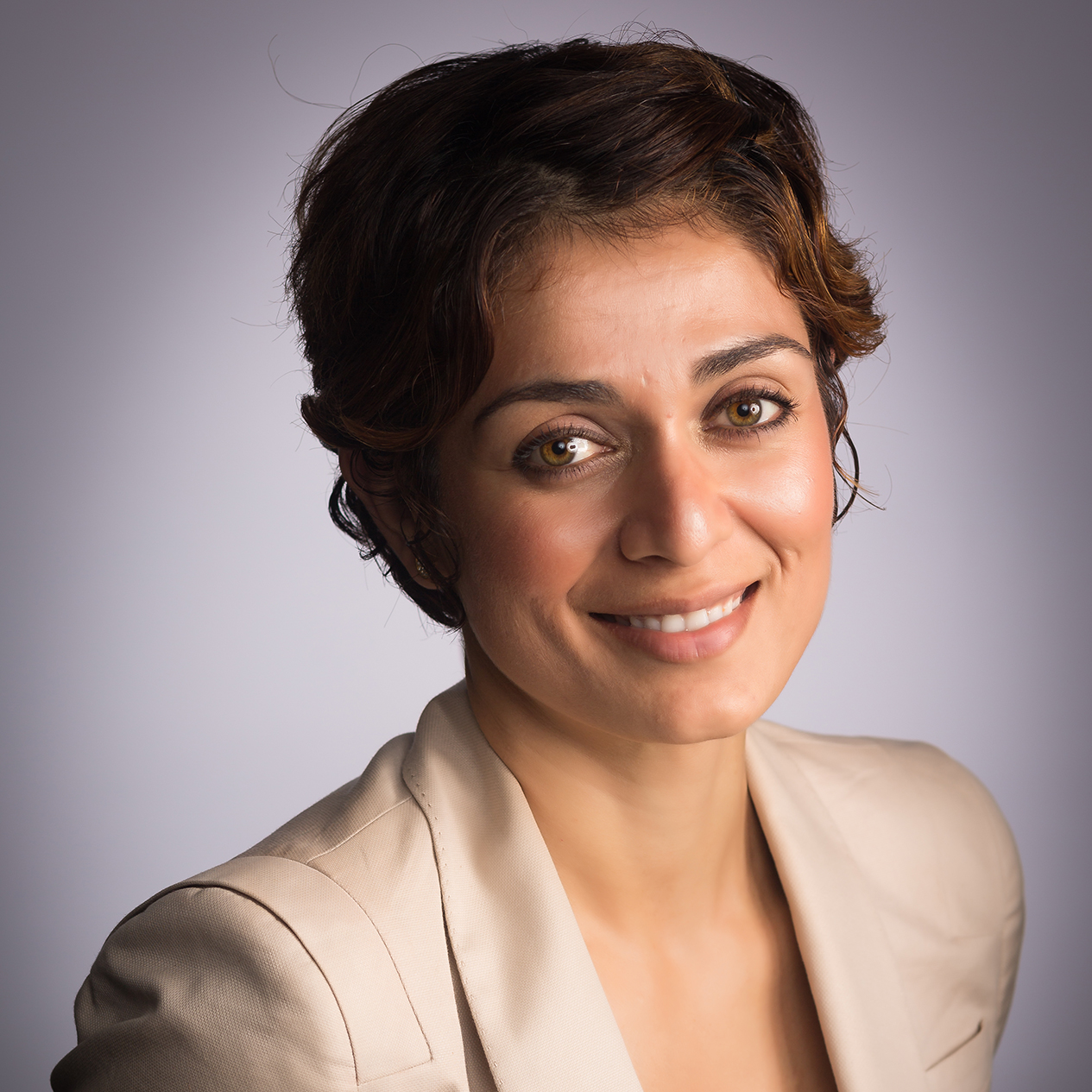 Kamayini Kaul is the SVP of Analytics and Program Management Office at Santander Holding USA (SHUSA).In this role she is leading the establishment and alignment of the Enterprise Data Management Initiative leveraging best-in-class data management processes, tools and methodologies to deliver heightened data governance and quality for the bank.  Kamayini additionally serves as the senior data officer for 3 entities within the US.

She brings with her a wealth of experience managing several multi-million dollar program implementations in cross- functional, global and cross-industry environments delivering high impact, fit for purpose IT and product engineering solutions. Kamayini has held various analytics and operational excellence roles during her 10+ year career at GE Healthcare. She also led establishment of the PMO at Shire Pharmaceuticals for their rare diseases business.

She holds a Masters from University of Chicago with a concentration in informatics and has over a decade of experience in data warehousing and business intelligence. 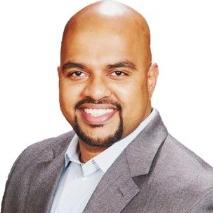 As a recognized Thought leader in the industry he has delivered the first of its kind “Supply Chain Security Framework” for industry consumption. As a published author and featured keynote speaker at technology & security Industry events, he approaches disruptive digital paradigms with innovation, creativity and compelling communication.