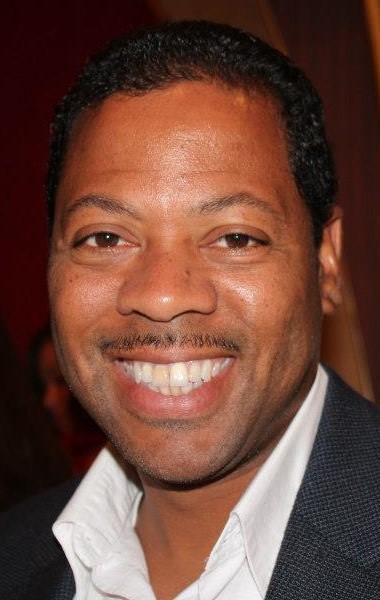 Herman Brown serves the City and County of San Francisco as the CIO for the SF District Attorney’s Office. His private-sector mentality and a track record of success, proved valuable contributions to the City & County for the last 5 years. With over 25 years of experience in IT, Herman’s managed several enterprise initiatives that consolidated services, streamlined processes, and lowered overall city operating costs. His experience spans various industries; defense, manufacturing, healthcare, software development, advertising and now local government. Herman aims to bring efficiency, transparency, and productivity to government by leveraging technology. As CIO for the DA’s Office, Herman leads the effort to transform a government law firm laden with paper to a digital one that rivals any private sector organization. 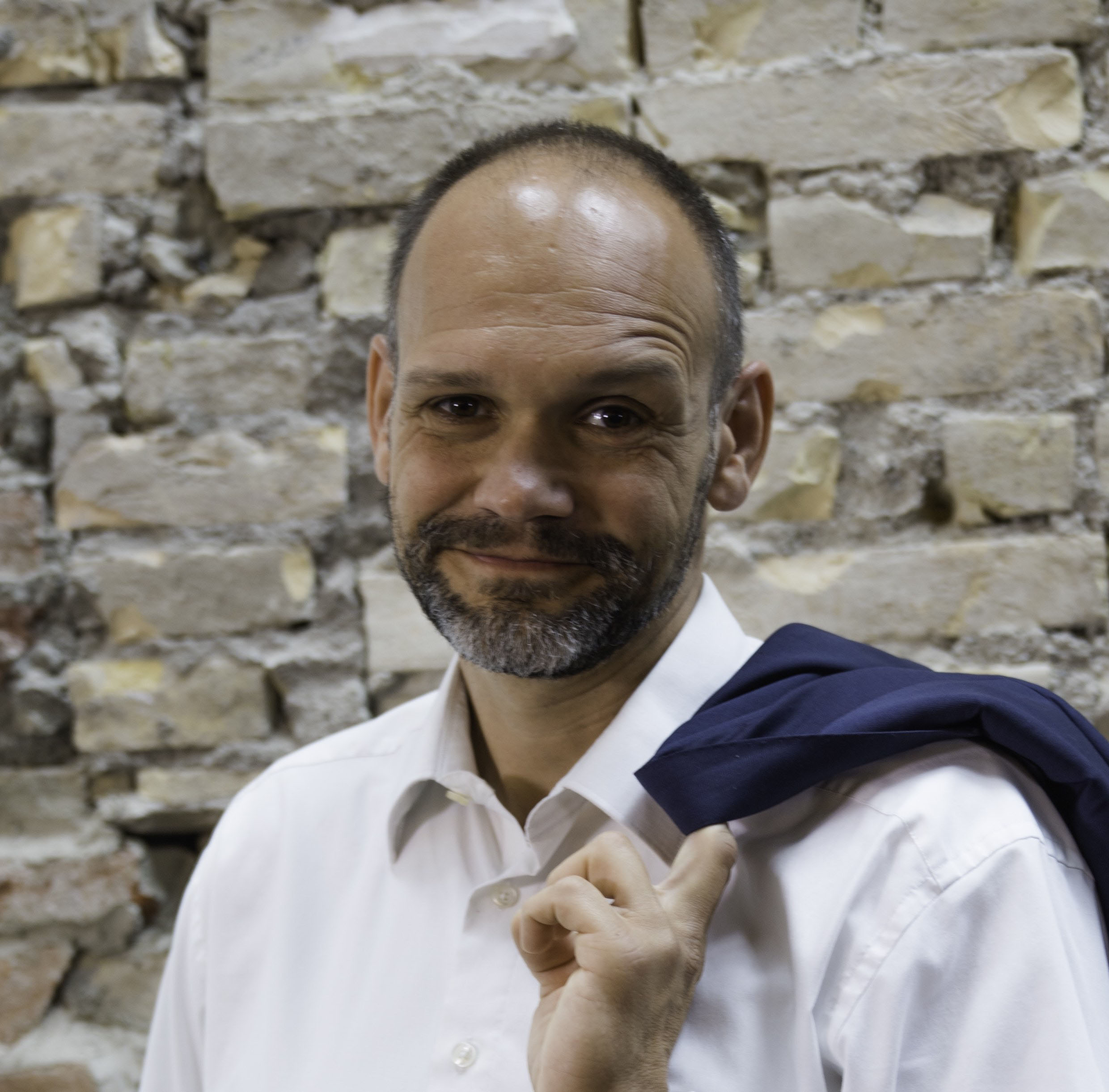 With his appointment as Group Head of IT Innovation and R&D Product stream in 2018, Goran merges both his R&D roles and innovation expertise. Based out of San Francisco, his mission is to grow the established innovation models for Nestlé and champion digital transformation across all businesses and functions.

Goran joined Nestle in 2002 and after having various IT related functions in R&D, transferred to the Digital Services Unit to lead the digital consumer innovation out of San Francisco, and thus became responsible for Digital Consumer Innovation. During his tenure, GLOBE presence in the SVIO team grew exponentially, generating a number of prototypes and market implementations in the areas of IoT, AI, AR/VR and new business models. Goran has also pioneered the Digital Immersion Program since 2016.

Goran started his career in Croatia, developing a number of systems on Delphi as a programmer for the Croatian Television. He then moved to a small Web solutions and design company based in Lausanne and London, working as an IT project manager for clients such as Rolex, Reuters, Swatch, Orange and BCV.

Born in Croatia, Goran hold a B.Sc. in Electrical Engineering and Master in Computer Science from University of Zagreb. He lives in San Francisco, California, with his wife and a son. In his free time Goran is a passioned martial artist. 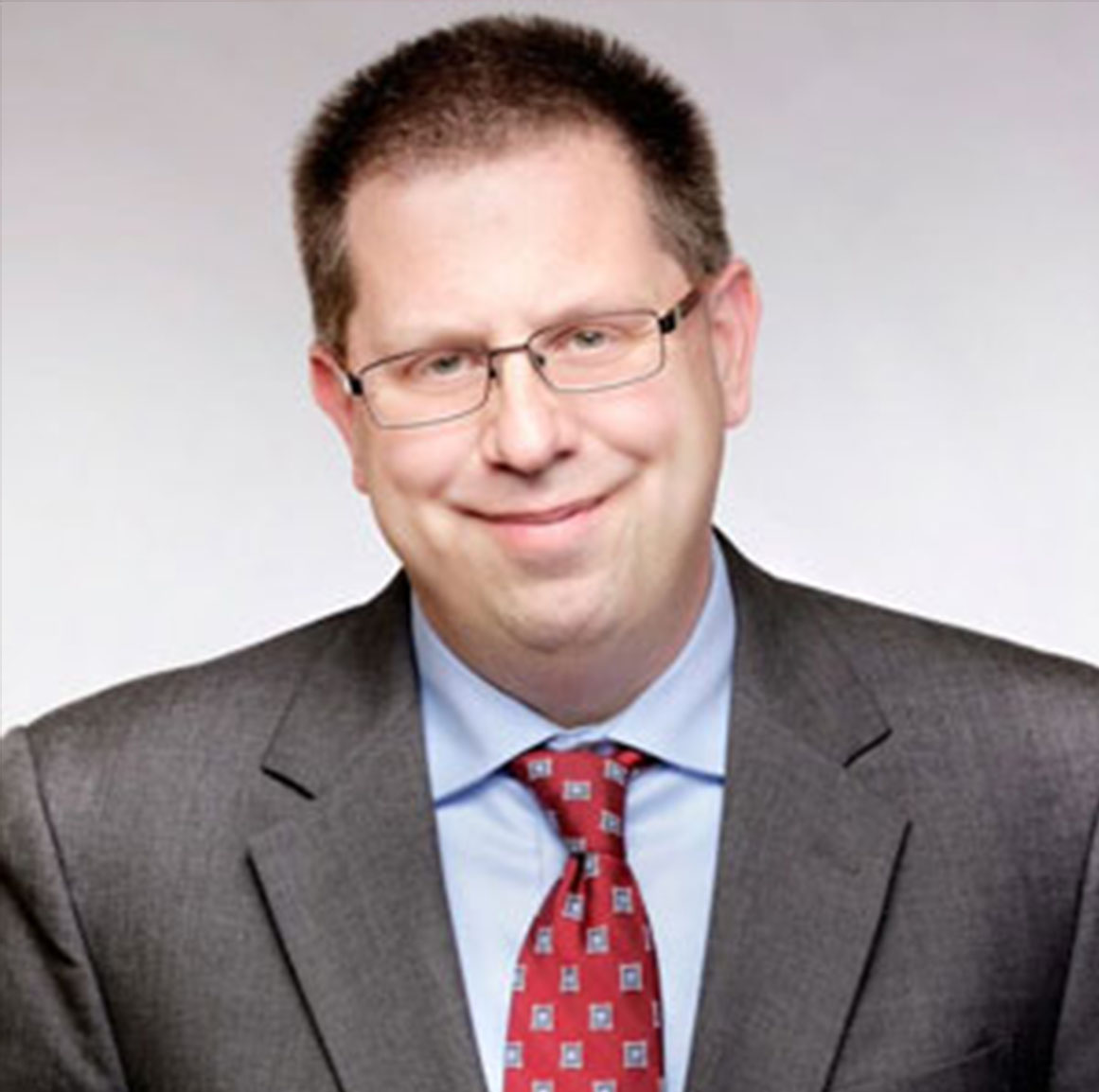 Nick Roethel is an adaptive non-traditional transforming Information Technology leader that
sees management of innovation, information intelligence, customer experience and digital
business as key roles in his partnering with the CEO to achieve deep-rooted cultural and
organizational change, strategic planning, and leadership development. He is a change agile
leader with acumen for process improvement and excellence through technology with a proven
track record of creating robust and redundant technical architectures capable of providing 24X7
reliability to enhance a positive customer experience. Nick is a skilled innovator that creates
highly successful Information Technology Governance strategies and brings them to life in
furthering the overall strategic intent of innovation and growth for the organization. 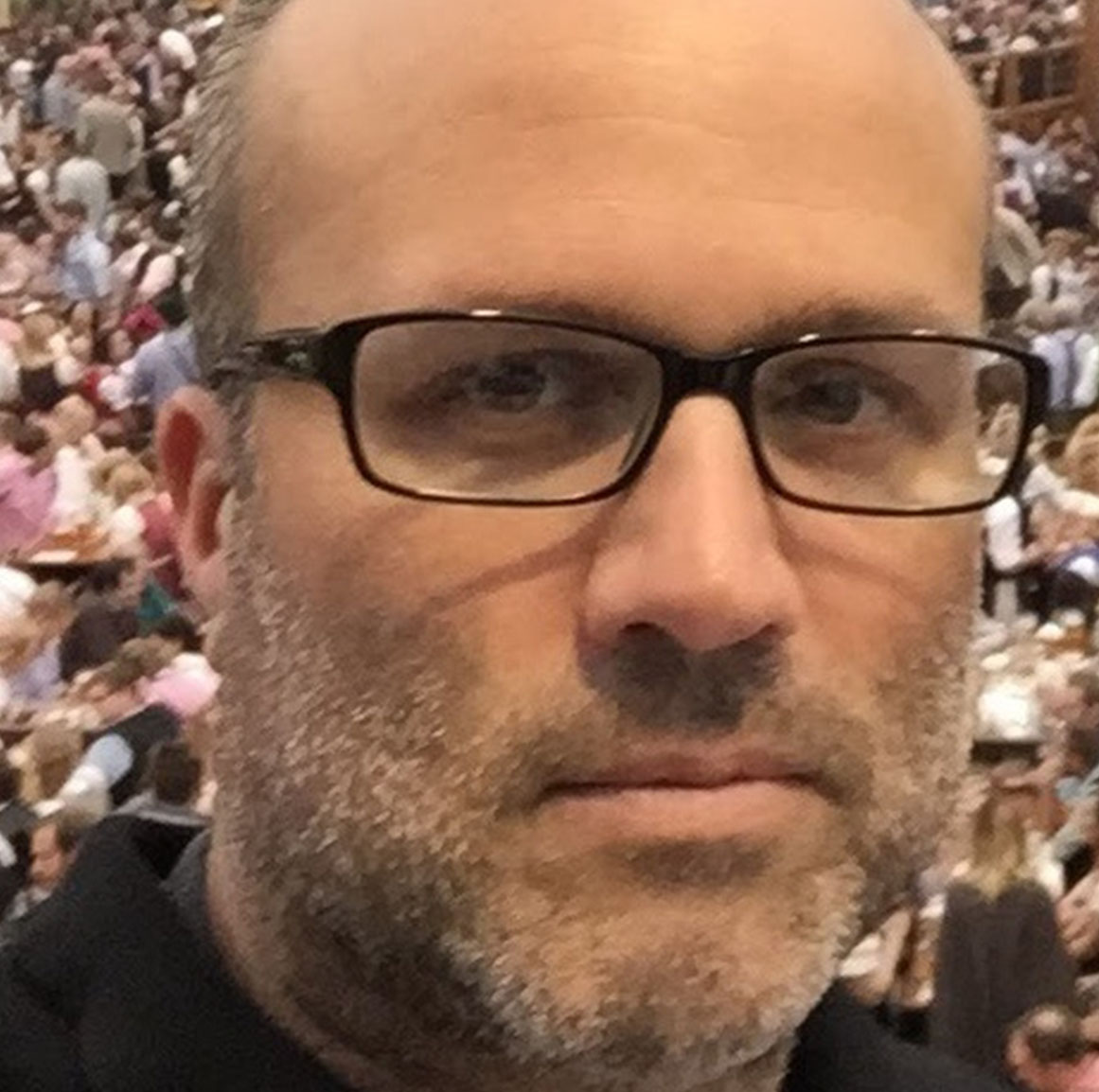 Rob Ludeman is the Director of Solutions Marketing for Business Applications at Pure
Storage with a focus on helping customers simplify and accelerate their Microsoft,
Oracle and SAP workloads.  Rob arrived at Pure in 2017 with over 20 years of
experience at Oracle and Sun Microsystems in variety of Product Marketing, Sales
Enablement and Product Management roles.  In his free time, he enjoys running, travel,
watching his 12 year old son play sports, and following Manchester City in the English
Premier League. 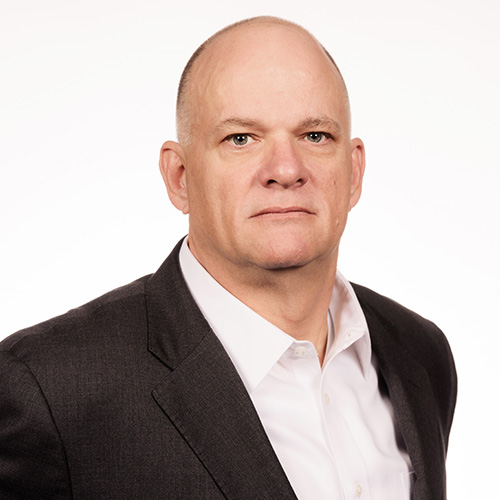 Joining BlackBerry through the acquisition of Good Technology in 2015

Robert is responsible for leading teams that help corporations implement secure, software-based mobility platforms that lead to increased productivity and collaboration. Prior to joining Good Technology in 2013 Robert spent over 10 years in several senior technical sales roles within the Unified Communication and Collaboration business at Cisco Systems.

Robert has over 20 years of Technical Solutions development and leadership experience across multiple technologies and verticals which include Finance, Legal, Healthcare, and Manufacturing. 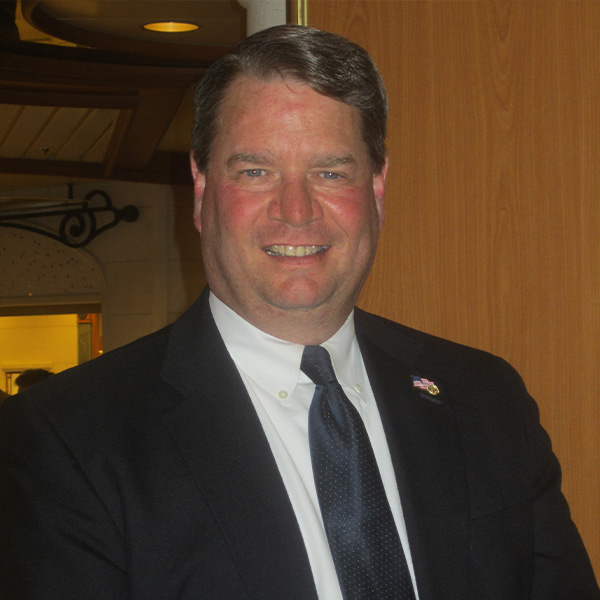 Rick brings more than 37 years of cybersecurity and global partnering experience working across foreign, domestic, and commercial industry sectors at the National Security Agency (NSA).  As Fortinet’s Operational Technology Global Enablement Director, working for Phil Quade (CISO), he delivers cybersecurity defense solutions and insights for the OT/ICS/SCADA critical infrastructure environments.  Prior to Fortinet, Rick led development of cyber capability across Endpoint, Infrastructure, and Industrial Control System technologies. Previously, Rick also served as an executive leader supporting the Information Assurance Directorate at the NSA.  Earlier in his career, he served in a broad range of leadership and Engineering roles including Chief of Staff for the NSA Cyber Task Force and a 5-year forward liaison charged with directing integration of cyber and cryptologic solutions for U.S. Air Force Europe, Ramstein AFB, Germany. 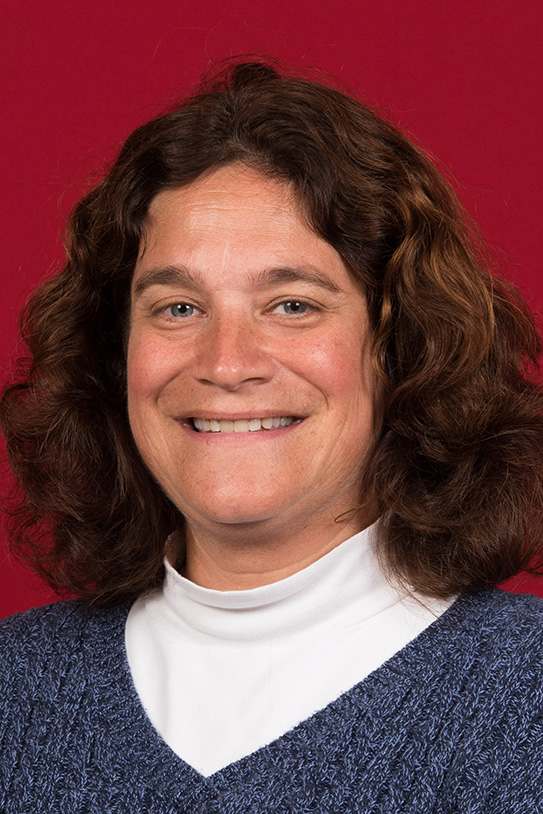 Leda Muller is the CISO/Assistant Director of Support Services for Residential and Dining Enterprises at Stanford University. She has been in Information Technology for over 18 years, and is responsible for Residential and Dining Enterprises Cyber Security and PCI strategy and program, ensuring proper protection of the enterprise information assets, technology and business processes.  She is passionate about engaging end users in understanding how security is everyone’s job and has built a successfully security steering team of business operators.  She has an extensive background in building, implementing and successfully delivering solutions to business units and end users.

Prior to joining Stanford, she worked at MediaFlex.Com in overseeing the CRM Department and with Big Brothers/Big Sisters of Santa Clara County as the Director of Fund Raising and Community Development.

Leda holds B.A. in Sociology from Whittier College, and an MBA and Master’s degree in Information Systems and is CISM, PCIP, ITIL and GSTRT certified. 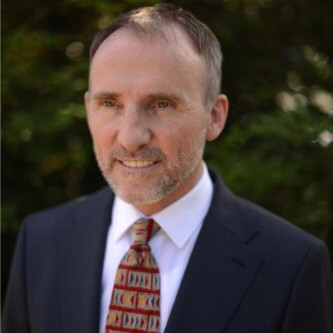 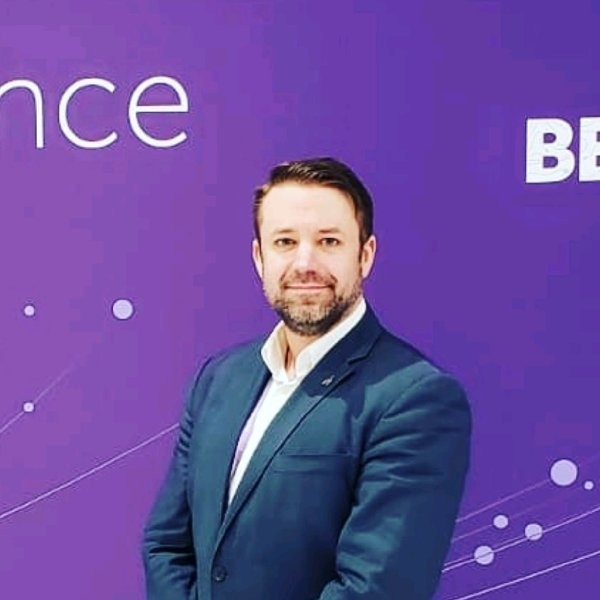 Michael Thiessmeier is a distinguished security professional with more than 18 years of experience in the global security, defense and emerging threats and technologies space. He currently holds the position of Head of Information Security at Enjoy Technology, a Silicon Valley company listed among ‘America’s TOP 50 startups’. Before joining Enjoy he held numerous positions including that of Sr. Manager, Technology and Security Risk Management at Oportun, a FinTech company among Forbes ‘Top 50 most promising companies’ and Manager, Consumer Services Technology at Sony Playstation, where he implemented a center of excellence and took a lead role during the largest console launch in history. Thiessmeier attended programs at prestigious institutions including Stanford University, Cornell, MIT and Harvard. 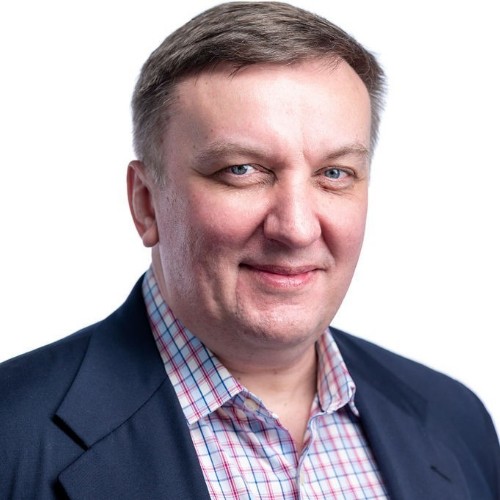 Alex Ermolaev has 20 years of experience in software industry, including largest companies (Bell Labs, Microsoft, Nvidia) and building several startups. Alex worked on AI applications on and off ever since he got his original degree in Cybernetics. His experience includes enterprise AI, AI platforms/tools, NLP, imaging and self-driving cars. Alex currently works as Director of AI for Change Healthcare – one of the largest healthcare technology companies in the world. 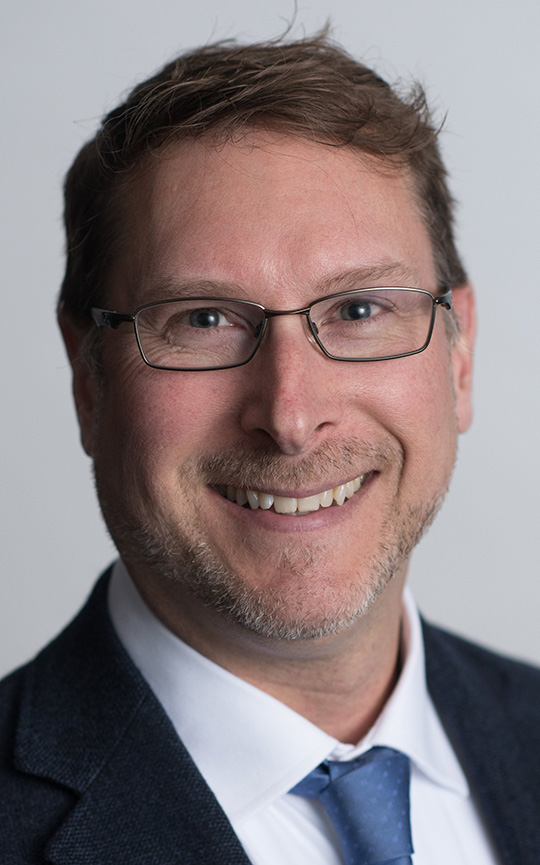 Alan Davies is a highly experienced information technologist with a record of developing and supporting successful projects and solutions incorporating a wide range of applications and technologies. He has exceptional leadership that creates scalable systems to align business processes and IT infrastructure to realize cost savings, accelerate performance, reliability, and sustained strategic flexibility. Alan is technically savvy and a quick study in emerging technology, able to quickly assess and utilize the appropriate response to meet the specific needs of the business requirement at hand.

He is currently the Director of Information Technology for Masons of California. The mission of the Masons of California is to foster personal growth and improve the lives of others. They are a values-driven organization, committed to a culture of leadership, philanthropy, and service.

Prior to joining Masons of California, Alan worked for Omada Health, TradeStone Software, and Advent Software

Alan holds a Bachelor’s Degree, Studies in business management, law and computer science from Harvard University.  He is currently working towards his Master of Technology from Columbia University in the City of New York. 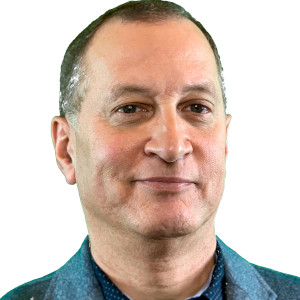 As a Regional Director of Commercial Sales at OutSystems, Vaughn is driven by the end game; providing clients with solutions that deliver value by focusing on business objectives. He directs his passion and his team to empower and accelerate software innovation, improving profitability and customer experience as well as optimizing growth and scale. Three decades of experience in sales, marketing, channels, and alliance leadership at Xerox, Lotus Development, IBM, Baan, NYNEX, and iBeam Broadcasting, to name a powerhouse few; he’s also been instrumental in two IPOs and has international business expansion experience developing go-to-market strategies, partner programs, and professional services delivery in Europe and the Americas. 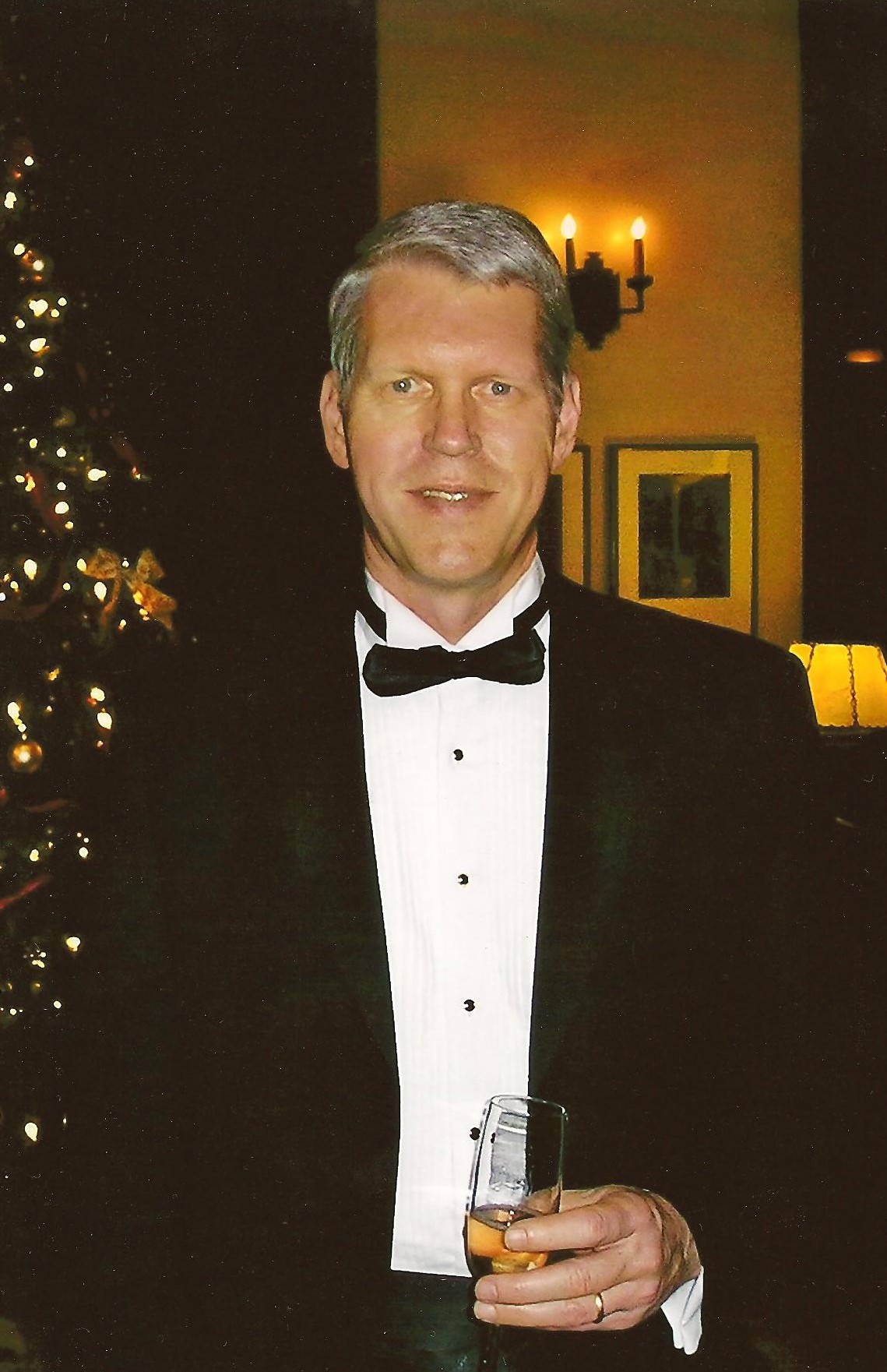 Mike Wolfe is a trusted security advisor with over 22 years working in cybersecurity.  Mike enabled Chevron to standardize and secure over 30,000 desktops and the backend server and network infrastructure.  Mike joined Microsoft as it transformed itself under Trustworthy Computing, serving as a trusted Strategic Security Advisor to the top 25 Microsoft Enterprise Customers in Northern California. Mike lead Security Architecture and Identity Access Management activities for Blue Shield of California.  Mike is an author, an accomplished speaker and a world-wide traveler.  He lives in San Ramon, CA with his lovely English wife, Maggie.