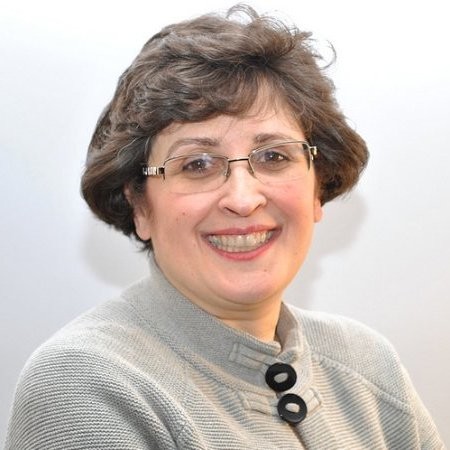 Nirva Fereshetian is the Chief Information Officer at CBT Architects, Boston based de-sign firm with a diverse practice of national and international projects that range from urban district master planning to large-scale mixed-use developments, hospitality en-vironments, multi-family residential, academic, civic and corporate workplace. She heads the Business Technology, Infrastructure and Digital Design Practice Groups leading VR/AR, Computational Design Research with goals to align technology strat-egy with business objectives. She has extensive experience efficiently managing pro-jects, delivering on schedule and budget. She has an interdisciplinary background in architecture/construction/technology with capacity to bridge that knowledge to enable informed business decisions. 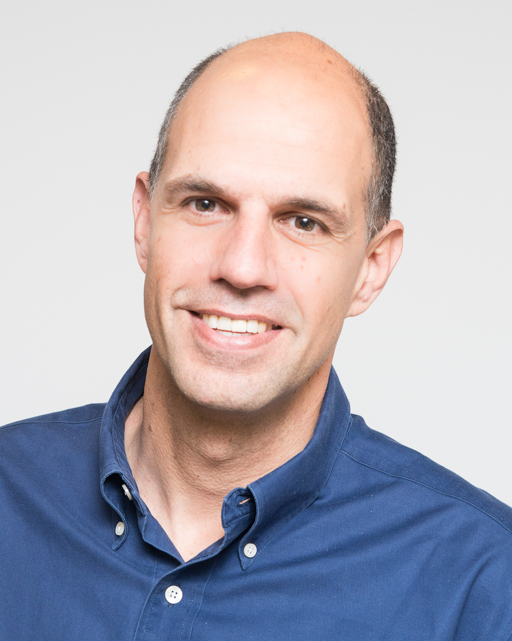 Currently Moderna’s Chief Digital Officer, Marcelo has a wealth of experience in both tech companies and Life Science companies and a true passion for making Digital a reality. He has 20-years experience working in the IT field, with the last 10 years being spent in leadership roles for multinational companies in Europe and tin the U.S. Prior to joining Moderna Therapeutics, Marcello has been instrumental in conceiving and building creative IT solutions to help solve business challengers, first at Motorola and then at bioMerieux and now at Moderna Therapeutics. His expertise is in visioning, strategizing and implementing innovative programs to update and streamline the digital landscapes. He is known for his ability to transform a company’s Information flow, and ultimately improving the product and the company’s processes through digitization.

Mr. Damiani possesses a Master of Science degree in Information Systems Architecture from the University of Toulouse in France, and an international Executive MBA through TRIUM, an alliance of three of the world’s top universities: the London School of Economics, New York University Stern Business School and the HEC School of Management in Paris. 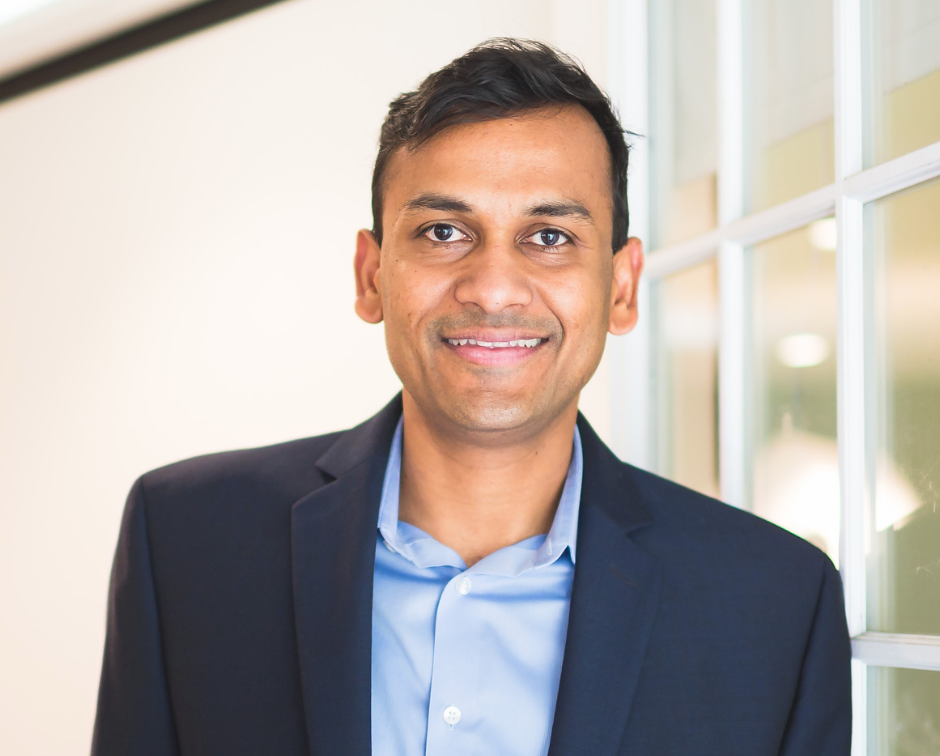 Ravi Thatavarthy is Information Security Officer at iRobot heading both IT and Product Security. He brings 20+ years of experience in Information Security to his role with a strong background in Security Architecture and building Security programs from ground up. His approach to Information Security is unique and well-balanced with a focus on ‘Business Value’ and ‘User Delight’. He recently appeared in ‘Profiles in Confidence’ as a Security leader running confident Security program. He spoke and served as a panelist in multiple conferences. Before joining iRobot, he led the Security, Policy & Compliance programs at Haemonetics where he worked as Director of Global Security & Policy. 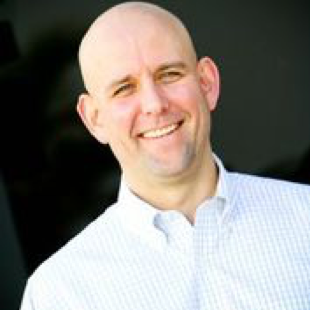 Scott Jennings is the Director of Retail & Consumer Products Industry Solutions for Qlik in the Americas. Scott has over 18 years of software solutions, sales and consulting experience with a focus on the retail industry. At Qlik, Scott oversees all Retail & Consumer Products go-to-market initiatives spanning sales, marketing, solutions, partners, and customer success. 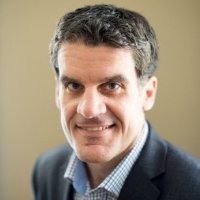 Michael Sutton has dedicated his career to conducting leading-edge security research, building world-class security teams and educating others on a variety of security topics. As CISO, Sutton drives internal security and heads Zscaler’s office of the CISO, a team engaging security executives at a peer level to drive best practices and facilitate industry-wide collaboration on emerging security topics. The office of the CISO is also responsible for providing subject matter expertise through speaking engagements, blogging and media collaboration. 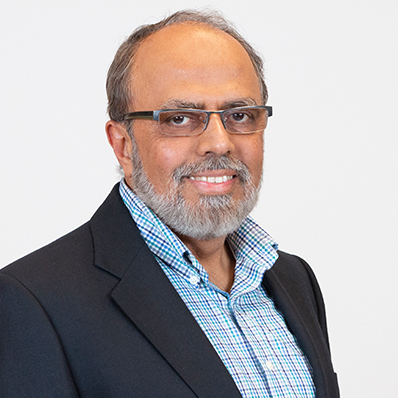 Rafi is VP and CIO of Edible Arrangements, and former CIO at Riverside Community Care, with a 30-year tech-leadership role. An engaged contributor in the CIO space, he serves in CT Hartford’s (SIM) CIO Executive Advisory Council and actively participates at tech innovation hubs. Rafi attended 1st year of medical school, graduated from the School of Nuclear Medicine Technology, VA Medical Center, Northport, NY, awarded an RT Nuclear (ARRT) board certification from the American College of Radiology Technology Certification Board and a CMNT from the Nuclear Medicine Technology Certification Board. His received his early software development initiation after attending a one-year Computer Technology and Applications course at Columbia University. 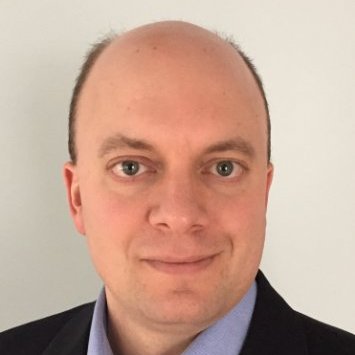 Tyson Kamikawa built his career on leading change for organizations needing to up-root their use of technology. Witnessing the tail-end of the mainframe dominance from within IBM, he has ventured out to the clouds leading technology groups within organ-izations to bring effective information tools to the decision makers and operations of diverse companies including MIT’s Lincoln Laboratory and now specializing in biotech and pharmaceuticals. Tyson currently leads the Information Technology group for Novelion Therapeutics, a global biotech operating in the rare disease markets where he has managed company expansion and transitional as well as merger activities. 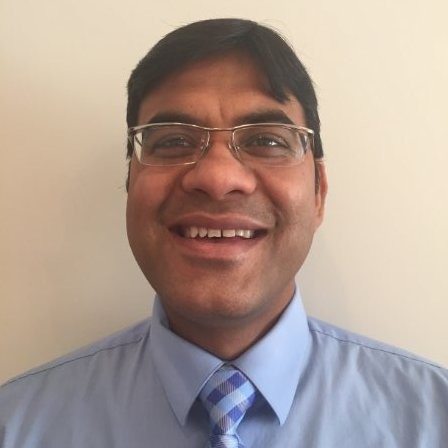 Vikas Singhvi is Chief Information Officer for Harold Grinspoon Foundation. A successful leader with experience as a Change Agent, Product Champion and Process Advocate in all aspects of software development, testing, debugging and timely product delivery to a global client base. Substantial expertise in designing and launching SaaS and cloud-based solutions into multinational marketplaces, building cross-functional teams and ensuring maximum stakeholder buy-in in various software development and database environments. 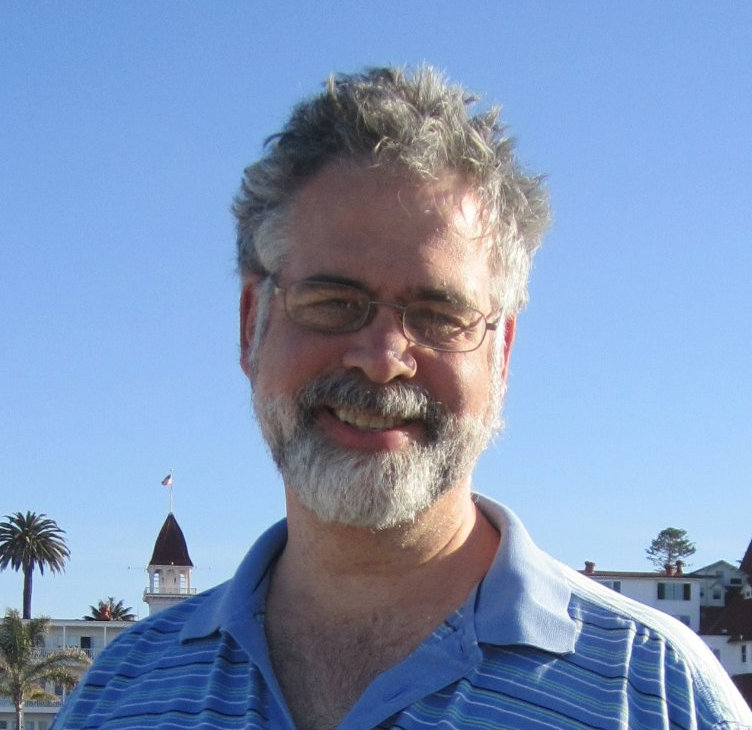 JORDAN POLLACK is professor of complex systems and chairman of computer science at Brandeis University. He received his PhD from the University of Illinois in 1987 and taught at Ohio State University from 1988 to 1994 prior to moving to Brandeis. He has produced over 20 doctoral students across a range of different fields related to artificial intelligence, such as neural networks, dynamical systems, evolutionary computation, machine learning, cognitive science, artificial life, robotics, and educational technology. His laboratory, the Dynamical and Evolutionary Machine Organization, or DEMO, has been partially funded by ONR, NSF, Hewlett foundation, and DARPA. Pollack has also served as an advisor to high-tech startup companies, including Abuzz which was acquired by The New York Times, as well as Affinnova, acquired by Nielsen.

He was founder and CTO for Thinmail, whose IP was acquired by IntVen.The lab’s first generation of evolved robots using a LEGO simulation was awarded a US Patent, and the second generation, published in Nature, was front page news worldwide in Autumn 2000. The third through fifth did not make much noise. Pollack was named one of MIT Technology Review’s “TR 10” in January 2001, and he received the Lifetime Achievement Award from the Int’l Society for Artificial Life in 2017. 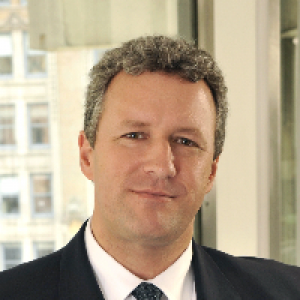 Brad is responsible for driving the technical and strategic vision of the firm’s IT organization. In addition to IT planning, operations, and administration, he leads technology initiatives related to advancing sustainable design, Building Information Modeling (BIM), and Integrated Project Delivery to support strategic business objectives. With more than 30 years of experience in the industry, as a registered architect, Brad enjoys working with project teams and clients to deliver critical technologies to support optimal project outcomes. A speaker and author, his publications include a series for Design Intelligence and an article for the 15th edition of the AIA book, The Architect’s Handbook of Professional Practice.

A recognized expert in technology-based innovation, Dr. Metz has a reputation as a trusted, energetic and results-oriented leader who has regularly delivered cost-effective solutions, maximized IT investment value, guided organizational change and developed high performing teams.

Dr. Metz received a BS in Industrial and Management Engineering from Columbia University, and an MA in Organizational Development and PhD in Applied Psychology from New York University. Dr. Metz serves on several advisory boards and previously held an appointment as an Adjunct Professor in leadership and organizational change at the Tufts University Gordon Institute. 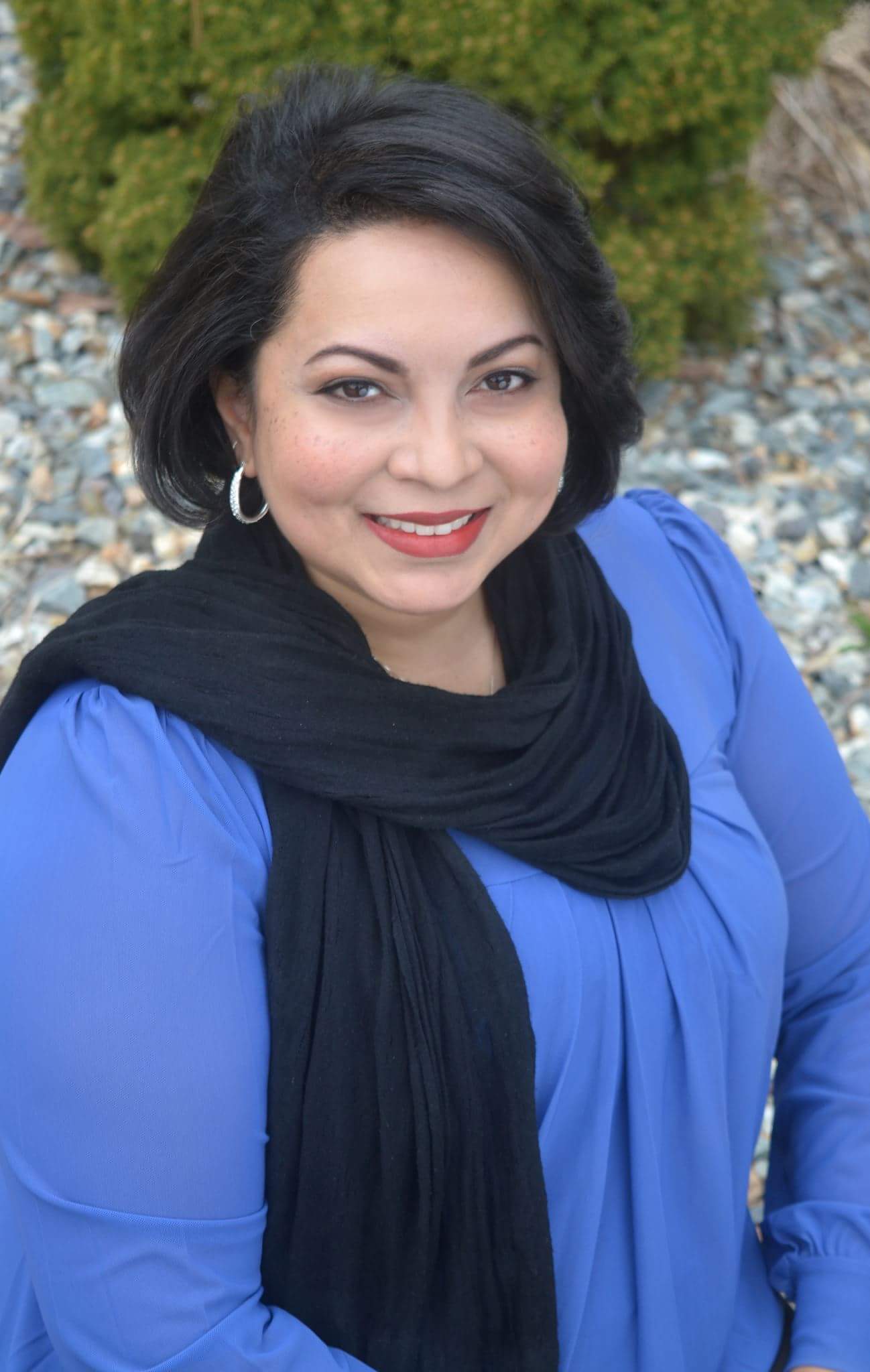 Katrina Jagroop-Gomes is the Chief Information Officer with the Massachusetts Gaming Commission. Katrina has over 20 years’ experience in both the Public and Private Sectors with expertise in operations, finance, compliance and technology. She has held IT positions in organizations such as WGBH, Suffolk University and the Executive Office of Energy and Environmental Affairs. Katrina has worked with business heads to help create business strategies and how best to leverage technology in their organizations. Re-organized multi-department IT divisions, lead various energy efficient Data Center builds, relocations and consolidations, built and managed high performance IT organizations while driving operational efficiencies and standards.

Katrina earned an MBA in Information Technology from Southern New Hampshire University, a Bachelor of Science in Management from Suffolk University, she is a Certified Scrum Master and is one of the recipients of the 2017 Massachusetts Excellence in Technology, Leader in Digital Government Award. She is an active volunteer in her community with special focus on teenage girls and women at risk, a member of Soroptimist (What’s Best for Women) and inducted into the National Society of Leadership and Success. 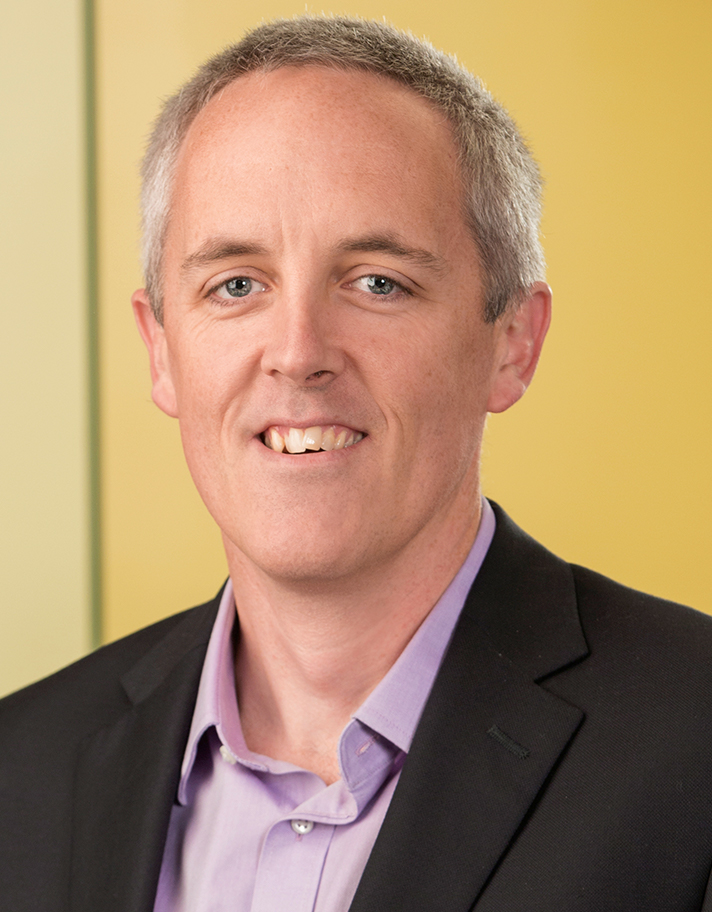 Starting his career as a Director of Technology for a prestigious boarding school in Western Massachusetts, Nathan went on to lead an IT Team at Transkaryotic Therapies, start a Research and Development division of IT at Cubist Pharmaceuticals, lead a highly innovative Cloud Architects team as the CIO of AMAG Pharmaceuticals, Inc and is currently building out a global IT strategy for Orchard Therapeutics.  Having supported multiple commercial drug launches, several transformative acquisitions and with expertise ranging across a wide spectrum of technology and business areas, Nathan has developed multiple successful innovative processes to drive business strategy for both the short and long term.